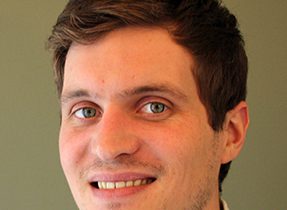 Title: A computational approach  to modelling gestural interactions  of the upper-limb on planar surfaces.
When / Where: July 4, 11:00AM; Sorbonne Université, Campus Jussieu, ISIR Lab, Room H20
Speaker: Antoine Loriette
Abstract: There are many compelling reasons for proposing new gestural interactions: one might want to use a sensor that affords access to data that couldn’t be captured previously, or transpose a well-known task in a previously unexplored scenario. The design and optimisation of new interactions remains, however, a challenge. Models have been used to make predictions about interaction properties. Fitts’ law, for example, accurately predicts movement time in pointing and steering tasks. But what happens when no existing models apply?
In this talk, I will present how a computational approach using data-driven modelling was employed to create new interactions or afford their optimisation. In particular, two gestural interactions of the upper-limb on planar surfaces are investigated: text-entry through optically tracked virtual surfaces and reach rehabilitation through adapted digital gameplay. Then, reflecting on the lessons learned from these two case studies, a tool for exploring systematically the space of motions users can produce (in terms of variability and stability) is presented, supporting the idea that motion analysis is an important step before gestures can be designed.
Bio: Antoine Loriette recently submitted his PhD Thesis on “Models and Performance of Upper-limb Interactions on Planar Surfaces” under the supervision of Dr. John H. Williamson (University of Glasgow). Antoine holds a MSc in Engineering from the University of Strasbourg and a MSc in Physics from the Royal Institute of Technology in Stockholm. After graduation, Antoine worked for 6 years at Ericsson for the development of 4G products where he took on the various roles of software designer, SCRUM master and researcher. In 2014, Antoine joined the group of Barry Brown in the Mobile Life research centre as a research assistant where he worked on designing speech interactions. He then joined the group of Roderick Murray-Smith in 2015 for undertaking a PhD, funded by the European project MoreGrasp, with a strong focus on computational interaction.
Language: English
Host: Gilles Bailly