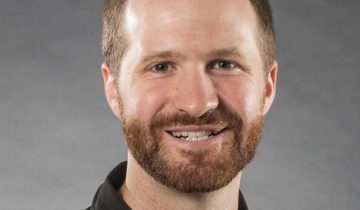 Title: Haptic Computing: Software tools that help people create haptic experiences
Speaker: Oliver Schneider
When / Where:  Tuesday 14 May, 2pm, Sorbonne Université, Jussieu Campus, Room 304
Abstract: Haptic technology engages users’ sense of touch by providing them with physical feedback. Haptics can provide subtle notifications and eyes-free interaction, augment rich media experiences, and let people feel the contents of virtual worlds.
While haptics is clearly on the rise, with companies around the globe investing in haptic feedback, designing haptic experiences remains challenging. I argue that the limiting factor for haptic technology is the lack of computing tools – systems that enable the creation, deployment, and large-scale study of haptic feedback.
In this talk, I present a suite of haptic design tools that I created over the course of my PhD. I targeted a well-understood subset of haptics: vibrotactile feedback, vibrations that you feel in your skin. In doing so, I studied the needs of hapticians, people who make haptics as designers, engineers, or researchers. Each tool supports a different design activity, from rapid sketching of new ideas to remixing of existing designs.
Bio: Oliver Schneider is an Assistant Professor of Human-Computer Interaction at the University of Waterloo (Faculty of Engineering). He completed his PhD in Computer Science under the supervision of Karon MacLean (2016, University of British Columbia, NSERC CGS D) and holds an MSc (2012, University of British Columbia, NSERC CGS M) and BSc Honours (2010, University of Saskatchewan). From 2017-2018, Oliver was a Postdoctoral Scholar with Patrick Baudisch at the Hasso Plattner Institute in Potsdam, Germany, partially supported by a Natural Sciences and Engineering Council of Canada Postdoctoral Fellowship (NSERC PDF). Oliver has also collaborated with Disney Research on novel haptic interactions as an intern and then consultant. Oliver’s work has been published in venues including ACM CHI and UIST; IEEE Haptics Symposium, EuroHaptics, and World Haptics; and the International Journal of Human-Computer Studies (IJHCS).
Host: Marc Teyssier