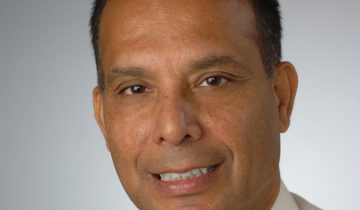 Abstract: I posit the birth of a new research ﬁeld focusing on multi-faceted human-machine interface in any computing environment. Gestures, touch, gait, autonomic, and cognitive response will form the basis of this emerging multi-faceted interface to computing devices. I will present results of learning and analysis of behavior streams, resulting from gestures, typing, swiping; mouse movement; head and torso movement; and gait as captured through sensors, such as accelerometer, gyroscope, keyboard sensors etc. on mobile devices including smart phone and Google Glass. These patterns provide rich information, which can be used for biometric authentication and predictive modelling.

As the multi-faceted interface begins to steadily replace the mouse and keyboard as the dominant human-machine interface, many phenomena relating to how humans interact with computers will have to be re-evaluated under the new interface. The recent introduction of devices for Holographic Computing, Virtual Reality (VR), and Augmented Reality (AR) has opened a new and yet unexplored facet of computing. I will address question of whether authentication could indeed be practical on real devices using behavioral and autonomic and natural body responses measured through smart phones, head-mounted displays and other input devices for AR, VR, and Holographic computing.

He has written six books and over 200 research papers. He has 14 US patents and his technology is widely used in industry. Professor Phoha received an MS (1990) and Ph.D. (1992) degree in computer science from Texas Tech University, Lubbock. His research interests include study of human behavioral patterns captured through wearable and mobile devices. In particular, he has interest in behavioral biometrics, authentication in networks; Machine Learning (Bayesian, reinforcement, evolutionary), and Data Mining.
Professor Phoha is an ACM Distinguished Scientist and is a Fellow of SDPS. Recently, he received the 2017 IEEE Region 1 Technical Innovation Award for Contributions towards Principles of Behavioral Biometrics.