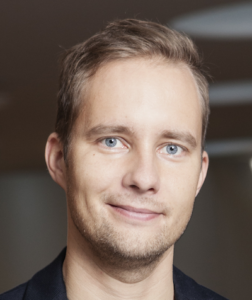 Who: Antti Oulasvirta
Where: Room 304, ISIR
When: June 21, 10AM
Title: Computational Rationality as a theory of interaction
Abstract: How do people interact with computers? This fundamental question was asked by Card, Moran and Newell in 1983 with a proposition to frame it as a question about human cognition, in other words as a question of how information is processed in the mind. Recently, the question has been reframed as a question of adaptation: how do people adapt interaction to the limits imposed by cognition, device design and its environment? We synthesize advances in answering this question under the theoretical framework of _computational rationality_. The core assumption is that users act according to what is best for them given the limits imposed by their cognitive architecture and their experience of the task environment. The theory can be expressed in computational models which use reinforcement learning to explain and predict interaction. I review the theoretical commitments and emerging applications in HCI. I close by outlining challenges for future work.

Bio: Antti Oulasvirta leads the User Interfaces research group at Aalto University and the Interactive AI research program at FCAI (Finnish Center for AI). Prior to joining Aalto, he was a Senior Researcher at the Max Planck Institute for Informatics and the Cluster of Excellence on Multimodal Computing and Interaction at Saarland University. He received his doctorate in Cognitive Science from the University of Helsinki in 2006, after which he was a Fulbright Scholar at the School of Information in the University of California-Berkeley in 2007-2008 and a Senior Researcher at Helsinki Institute for Information Technology HIIT in 2008-2011. During his postgraduate studies in 2002-2003, he was an exchange student at UC Berkeley’s Neuropsychology Lab. He was awarded the ERC Starting Grant (2015-2020) for research on the computational design of user interfaces. Dr. Oulasvirta serves as an associate editor for ACM TOCHI and has previously served the International Journal of Human-Computer Studies, as well as served as a column editor for IEEE Computer. He frequently participates in the paper committees of HCI conferences, including the ACM SIGCHI Conference on Human Factors in Computing Systems (CHI). His work has been awarded the Best Paper Award and Best Paper Honorable Mention at CHI fiften times between 2008 and 2022. He has held keynote talks on computational user interface design at NordiCHI’14, CoDIT’14, EICS’16, IHCI’17, ICWE’19, and Chinese CHI ’19. He is a member of ELLIS (European Laboratory for Learning and Intelligent Systems). In 2019, he was invited to the Finnish Academy of Science and Letters.